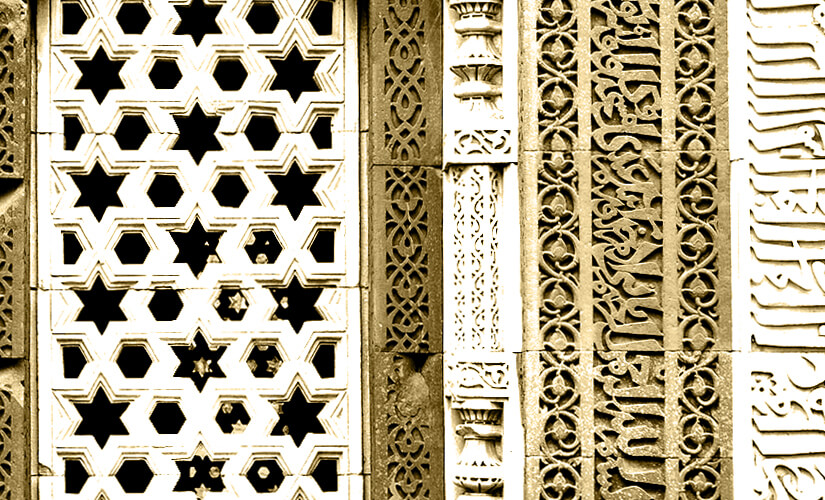 O young man, the word Ramadan consists of five letters, ra‘, meem, dhad, alif, noon. The ra‘ is derived from rahma (mercy), the meem from mujazat (recompense), mahabba (love) & minna (favour), the dhad from dhaman lilthawab (assurance of reward), the alif from ulfa (affinity) and qurb (nearness) & the noon from nur (light) and nawal [the receiving (of grace)]

If you give this month its due and act properly during it, these things will come to you from the True One (‘Azza wa Jall). They will come to you in this world as strengthening and enlightening for your hearts, and as favour and receiving of grace, outwardly and inwardly. In the hereafter there will come to you what no eye has ever seen, no ear has ever heard & has never occurred to any human heart.

Most of you are out of touch with Ramadan. Respect for a command comes in proportion to the respect shown to the commander. As for anyone out of touch with Allah (‘Azza wa Jall), His Messenger, His Prophets & the righteous among servants (Peace & Blessings Upon Them), then how can he be in touch with this month?

Most of you have seen their fathers, mothers and neighbours fast, so they joined them in fasting as a matter of habit not worship. They think that fasting is merely abstaining from food and drink, so they do not fulfil its conditions & requirements.

O People give up habitual practice and keep to worship. Fast for the sake of Allah (‘Azza wa Jall). Do not get bored of fasting and worshipping in this month. Do righteous deeds, during it, and make sure that you act with sincerity. Make a regular practice of the prayers of taraweeh. Illuminate the mosques, for this will be a light for you on the Day of Resurrection.

If you obey and respect Allah (‘Azza wa Jall) in this month, it will be an intercessor on your behalf in the presence of your Lord (‘Azza wa Jall) on the Day of Resurrection. It will beg Him to grant you a share of His favour, His Generosity, His Blessings, His Grace, His Graciousness, His Subtle Kindness and His Safekeeping.

Woe unto you! What Benefit would you derive from fasting if you break it on unlawful food and sleep during these noble nights having committed acts of disobedience? You fast out of dissimulation and hypocrisy as long as you are among creatures, and once you are on you own you break your fast! Then you come out & say: “I am keeping the fast”, while throughout the day you are involved in verbal abuse, levelling defamatory accusations, swearing false oaths & taking people’s money by way of defrauding, trickery and exaction. This sort of behaviour makes you no good at all and does not count as a fast.

There are among you those who are Muslims outwardly but like idol-worshippers inwardly. Woe unto you! Renew your Islam, your repentance, your apology & your sincerity in order that your Master (‘Azza wa Jall) will accept you and pardon your past sins. O You, who are fasting, thank your Lord (‘Azza wa Jall) for preparing you for fasting and enabling you to keep it! When one of you fasts, let his ears, his sights, his hands, his legs, his limbs and organs and his heart all fast.

When you fast, give up lying, giving false witness, backbiting, defaming people and embezzling their properties. In principle, you fast in order to purify yourselves of your sins and keep away from them, so what benefit could you derive from your fasting if you commit, these sins yet again?

Have you not heard the Prophet (Salla Allah ta’ala ‘alayhi wa sallam) saying:

“Fasting is a suit of armour [junna]”,

for it protects and covers the person who wears it. This is why the shield is called mijanna, as it protects its owner and prevents the arrows from striking him, and the person who is out of his mind is called majnun, as his mind has been covered up. The fast is a suite of armour for anyone who fasts with pious restraint, fear of Allah and sincerity, for in this cause it will prevent the tribulations of this world and the hereafter from striking him.

O you, who are fasting, comfort the poor and the needy with a share of your food at the time of breaking fast for it increases your reward and it is a sign of acceptance of your fast.

At the time of breaking your fast, all this will disappear and nothing will remain other than that which you do in preparation for yourselves in the hereafter. Therefore, do such preparations as long as you are able to prepare.

In this month, there is a night that is the greatest night of the year, which is Laylat al-Qadr. This night has signs that the righteous can recognize. Among the servants of Allah (‘Azza wa Jall) there are those who have the veil removed from their eyes so they see the lights of divinity that is held in the hands of the angels, the light of their faces, the light of the doors of heaven and the light of the countenance of the True One (‘Azza wa Jall) because on that Night He manifests Himself to the people of the earth.

O People do not make obtaining your food your concern because it is a low concern. You have been put to test through eating and drinking, but you have been saved the trouble of securing sustenance, so do not have any concern about it. Glory be to the Self – Sustained One who never eats, drinks or sleeps. Your greedy keenness has increased, while your pious restraint and faith have decreased. Woe unto you! This world lasts only one hour, so spend it in obedience.