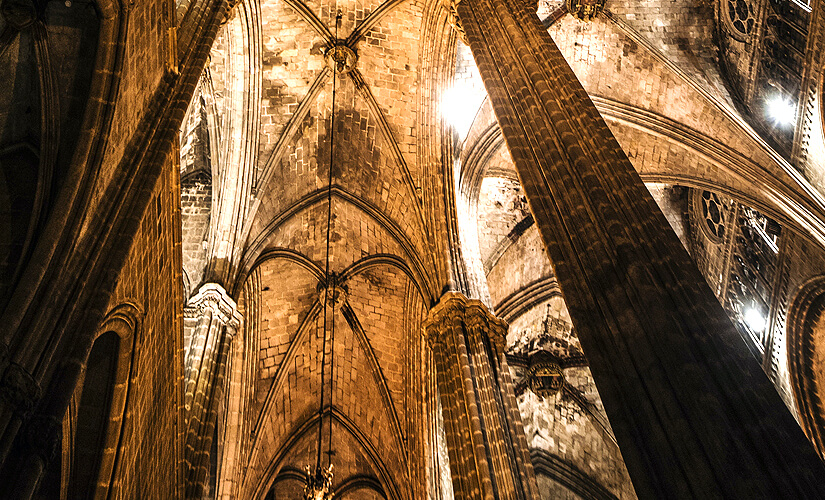 Increase your good works, especially in Ramadan, for the reward of a supererogatory act performed during it equals that of an obligatory act performed at any other time. Ramadan is also a time when good works are rendered easy and one has much more energy for them than during any other month. This is because the soul, lazy when it: comes to good works, is then imprisoned by hunger and thirst, the devils who hinder it are shackled, the gates of the Fire are shut, the gates of the Garden are open, and the herald calls every night at God’s command: ‘O you who wish for goodness, hasten! And O you who wish for evil, halt!’

You should work only for the hereafter in this noble month, and embark on something worldly only when absolutely necessary. Arrange your life before Ramadan in a manner which will render you free for worship when it arrives. Be intent on devotions and approach God more surely, especially during the last ten days. If you are able not to leave the mosque, except when strictly necessary, during those last ten days then do so. Be careful to perform the Tarawih prayers during every Ramadan night.

In some places it is nowadays the custom to make them so short that sometimes some of the obligatory elements of the prayer are omitted, let alone the sunnas. It is well known that our predecessors read the whole Qur’an during this prayer, reciting a part each night so as to complete it on one of the last nights of the month. If you are able to follow suit then this is a great gain; if you are not, then the least that you can do is to observe the obligatory elements of the prayer and its proprieties.

Watch carefully for the Night of Destiny [Laylat’ul-Qadr], which is better than a thousand months. It is the blessed night in which all affairs are wisely decided. The one to whom it is unveiled sees the blazing lights, the open doors of heaven, and the angels ascending and descending, and may witness the whole of creation prostrating before God, its Creator.

Most scholars are of the opinion that it is in the last ten nights of Ramadan, and is more likely to fall in the odd numbered ones. A certain gnostic witnessed it on the night of the seventeenth, and this was also the opinion of al-Hasan al-Basri. Some scholars have said that it is the first night of Ramadan, and a number of great scholars have said that it is not fixed but shifts its position each Ramadan. They have said that the secret wisdom underlying this is that the believer should devote himself completely to God during every night of this month in the hope of coinciding with that night which has been kept obscure from him. And God knows best.

Hasten to break your fast as soon as you are certain that the sun has set. Delay suhur long as you do not fear the break of dawn. Feed those who fast at the time when they break it, even if with some dates or a draught of water, for the one who feeds another at the time of breaking the fast receives as much reward as he without this diminishing the other’s reward in any way.

Strive never to break your fast nor to feed anyone else at such a time except with lawful food. Do not eat much, take whatever lawful food is present ‘ and do not prefer that which is tasty, for the purpose of fasting is to subdue one’s lustful appetite, and eating a large quantity of delicious food will on the contrary arouse and strengthen it.

Fast on the days on which the Law encourages you to fast, such as the day of Arafat for those who are not participating n the pilgrimage, the ninth and tenth [‘Ashura] of Muharram, and the six days of Shawwal, starting with the second day of the Feast, for this is the more effective discipline for the soul. Fast three days in each month, for these equal a perpetual fast. It is better if these are the White Days, for the Prophet, may blessings and peace be upon him, never omitted to fast them whether he was at home or traveling. Fast often, especially in times of special merit such as the Inviolable Months, and noble days such as Mondays and Thursdays.

Know that fasting is the pillar of discipline and the basis of striving. It has been said that fasting constitutes half of fortitude. The Messenger of God, may blessings and peace be upon him, said: ‘God the Exalted has said: “All good deeds of the son of Adam are multiplied ten to seven hundredfold, except fasting, for it is Mine, and I shall reward a man for it, for he has left his appetite, his food and drink for My sake!”‘ ‘The one who fasts has two joys, one when breaking his fast, the other when meeting his Lord.’ And; ‘The odour of the fasting man’s mouth is more fragrant to God than that of musk.’

God says the truth and He guides to the way. [XXXIII:4]