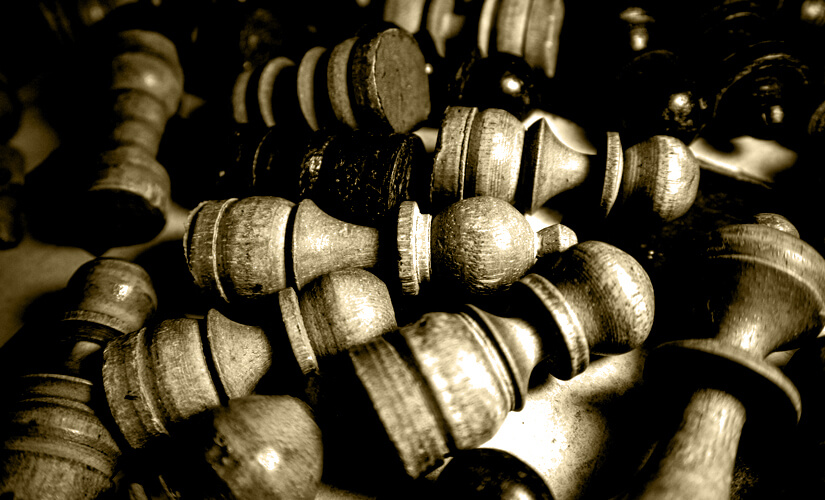 Commentry on the Chess of the Gnostics – Shaykh Muḥammad al-Hāshimī

Practices which expiate prior and later wrong actions as it says in the Book of the Healing of the Sickness and Pains by Muhammad ibn Ja’far al-Kittani al-Hasani. I will only mention the practices themselves and not the evidence behind them. Whoever wants to learn the evidence for them should read that book.

The Practices which Expiate Wrong Actions
1. The first practice is to do wudu’ thoroughly, reaching all its defined places and washing each limb fully.

2. When someone hears the adhan and hears the shahada in it, he should say, “I am pleased with Allah as a Lord, Islam as a deen, and our master Muhammad as a Prophet and Messenger.”

3. Having the “Amen” of the person praying behind the Imam after he finishes the Fatiha coincide with that of the angels in word and time, as stated in the Sahih collection.

4. After the final salam in Jumu’a, reciting the Fatiha, Surat al-Ikhlas and the last two suras of refuge seven times each before moving from his place and speaking.

5. Praying the Duha prayer with faith and expectation of the reward promised for it, or out of the desire to pray it with sincerity in it, without any showing-off or wanting to heard or seen, or to store up a reward with Allah.

6. The Glorification prayer which is well-known.

8. Fasting Ramadan with faith and expectation of the reward.

9. Praying at night in Ramadan and performing other acts worship and devotion during it with faith and expectation of the reward.

10. Staying up to pray in the last ten nights of Ramadan.

11. Staying up the Night of Power.

13. Going into ihram for the hajj or ‘umra from the Masjid al-Aqsa in Jerusalem.

14. Going on hajj to Makka for the sake of Allah Almighty and to obey His command.

15. Performing the practices of hajj and ‘umra in full while other Muslims are safe from his limbs and tongue.

16. The prayer of the two rak’ats at the station of Ibrahim after the tawaf.

17. Standing at ‘Arafa and the Mash’ar al-Haram in the hajj.

18. Looking at the Ka’ba with faith and expectation of the reward.

19. Reciting the end of Surat al-Hashr.

22. Saying the words, “Glory be to the One Who possesses the Kingdom and the Domain. Glory be to the One who possesses Might and the Jabarut. Glory to the Living who does not die, All-Perfect, All-Pure, the Lord of the angels and the Ruh,” (Subhana dhi’l-Mulki wa’l-Malakut. Subhana dhi’l-’izzati wa’l-Jabarut. Subhana’l-Hayy allahi la yamut, Subbuh, Quddus, Rabbi’l-mala’ikati wa’r-Ruh). If anyone says once a day or once a month or once a year or once in a lifetime, Allah will forgive him his past and future wrong actions.

23. Saying “There is no god but Allah, Muhammad is the Messenger of Allah” with sincerity.

24. Counting forty waves in the sea while saying “Allahu akbar“.

25. Manning the frontiers of the Muslims.

26. Hurrying to fulfil a need of a Muslim whether it is fulfilled or not.

27. Removing thorns from the road.

28. Illness while in exile.

29. Shaking hands with Muslims who love one another for Allah with the prayer on the Prophet.

30-31. When eating food or putting on a new garment saying, “Praise belongs to Allah who fed me this food,” or “Praise be to Allah who clothed me in this garment and provided for me without and strength or power on my part.”

33. A man reaching the age of ninety while a Muslim.

I ask Your forgiveness for every blessing You gave to me which I then used to help disobey You. I ask Your forgiveness, O Knower of the Unseen and Visible worlds, from every sin I have committed by the light of day or in the darkness of the night, in a group or alone, secretly and openly, O Forbearing.”

In addition these practices, there are some reported to ransom someone from the Fire:
1. Saying “La ilaha illa’llah” 70,000 times.

5. Saying “O Allah, I testify to you and to the Bearers of Your Throne, Your angels, and all Your creation that there is no god but You alone with no partner, and that Muhammad is Your slave and Messenger” 4 times.

6. Reciting the Fatiha with the basmala.

7. Reciting 100 or 1000 prayers on the Prophet using any of the expressions related from him.

Scholars disagree about what is meant by what is mentioned in the Book and Sunna about the expiation and forgiveness of wrong actions through certain righteous deeds
It is said that what is meant by “wrong actions” are both major wrong actions and minor ones, according to the literal meaning of the ayat and many of the hadiths which state that major wrong actions can be expiated through certain righteous actions and that the bounty of Allah is vast – except for those things which are connected to the rights of people like unlawful usurpation of property, slander, backbiting and the like.

Those are only removed by restoration and the victim putting the perpetrator in the lawful if possible. There is nothing with more heinous consequences. However, if Allah so wishes and is pleased with His slave, he may discharge his rights and avert the consequences from him, and make him enter the Garden by His bounty.

Then he will not be asked about what he did Allah says, “Allah does not forgive partners being attributed to Him but He forgives whoever He wills for anything apart from that.” (4:48)

It is said that what is meant are minor sins in particular based on the other position that the major wrong actions are neither forgiven nor expiated by righteous actions except by repentance or bounty from Allah. Repentance is encouraged in ayats and hadiths. If a good action could expiate all evil deeds, there would be no need for repentance and and the stress on avoiding major wrong actions in some hadiths.

Then there must be no disagreement in what is reported by a sound text which makes something particular or is general. One must follow the text and act according to it in its proper place.

According to the statement that the statement is general, if there is something which expiates, then it expiates all wrong actions. Then if there is another action which expiates and it does not coincide with it, then good actions are written for him and he is raised up some degrees. It is the same when it is said that it is particular when the action does not coincide with any of it.

All of this refers to actions which are accepted by Allah based on what al-Bukhari reported in his Sahih collection where the Messenger of Allah, may Allah bless him and grant him peace, said “Do not be deluded and commit a lot of bad actions based on the assumption that prayer will expiate them, The prayer which expiates sins is the one which Allah accepts. How will the slave of Allah know that?”