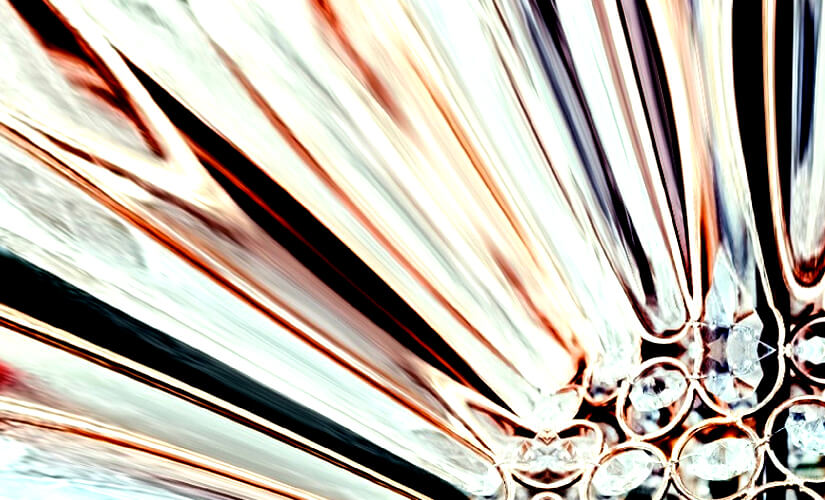 In this world, those who possess the utmost comfort and the greatest forms of pleasures and are the most intent on pursuing them are the most troubled, fatigued, endangered, worried, stressed, and sorrowful of all. Such is the plight of the kings and the rich. In contrast, those who possess the fewest comforts and the pleasures, and are the least desirous of them, are the least troubled, fatigued, endangered, apprehensive, and aggrieved. Such are the poor and the destitute. The reason behind this is that the delights, comforts, and passions of the world are in their very essence troubling, disturbing and stressful, since those who jostle, compete, and envy others for them are quite numerous.

To pursue, enjoy, protect, and multiply these things can be extremely exhausting, hazardous, and aggrieving. The more one takes from the world and its pleasures, the more one’s problems, dangers, worries, and sorrows multiply, while the less one desires and pursues the world’s pleasures, the less one’s problems become. One can observe how kings and wealthy people are among the most tired, stressed, aggrieved, and endangered of all people. Some of them hazard their very souls and endanger their hearts in pursuing their desires and passions, or, [having obtained them], in protecting and multiplying them.

This is quite evident to any intelligent observer. As for the poor and the indigent, they demand but little of the world and its passions, either by choice, as do the renouncers, or by necessity, like those people who are weak and do not even entertain such ideas, let alone actively pursue them. Both have fewer worries and fewer sorrows. Know that those who demand from the world the needs of only one day have fewer troubles and worries than those who demand the needs of a week, while those who seek a month’s needs have fewer worries than those who seek the needs of a year.

Those whose desires are confined to themselves have fewer troubles than those who desire for themselves and for others. As demands grow, so do troubles, worries and sorrows, as though the pleasures and comforts that a man finds in the world lay on one side of the scales and hardship, danger, and grief on the other. (They usually balance each other.) There are individual differences, and one side may outweigh the other a little, but not very much. This is what happens to the two different groups in this world. As for the Hereafter, it would take too long to discuss or even simply enumerate the well-known hadiths and other sayings describing what those who run after pleasures and appetites in this world will undergo.

They will be called to account and will be met with chastisement, hardship, and great terror. On the other hand, the poor and the destitute have expectations of happiness, honor, success, and repose. Therefore, if you desire rest in the world, relinquish your quest for rest in it! A wise man was once asked, “To whom does the Hereafter belong?” He replied, “To those who seek it.” Then he was asked, “And to whom does the world belong?” He replied, “To those who forsake it.” When Ibrahim ibn Adham, may God have mercy on him, saw a sorrowful Sufi he said to him, “Worry not nor grieve. Were kings to know what tranquility is ours they would fight for it.”

The cause of his abandoning his worldly position and ephemeral kingship is that he once looked out of his palace window at midday and saw a poor man taking refuge in the shade of the palace. The man took out a flat loaf of bread, ate it, drank some water, and then lay down in the shade and slept. Ibrahim liked what he had seen, envying the man for his peace of mind, so he sent someone with orders to fetch him as soon as he woke up. When the man was brought to Ibrahim, he said to him, “You ate your loaf when you were hungry and were satisfied?” The man said, “Yes!” He said, “Then you slept and were rested?” Again the man answered, “Yes!” And Ibrahim said to himself, “If the soul can be satisfied with as little of the world as that, what have I to do with the world?”

At nightfall he left the palace and all that it contained and devoted himself entirely to God the Exalted. What became of him is well-known. You now know, from what has been said, that the comforts of this world, its pleasures and its passions, are wearisome, perilous, alarming, grievous, and painful. Their increase always comes with an increase of these accompanying [difficulties] and greater vulnerability to them. When pleasures, comforts and passions diminish, so too do weariness, peril, worry, and grief; and one is more at ease. Do not forget the sorry consequences in the life-to-come which await the pleasure-seekers; nor forget the high rank of the pleasure-forsakers, those who left them either by choice or by force of circumstances. This is clear to anyone who reflects on it with an impartial mind.