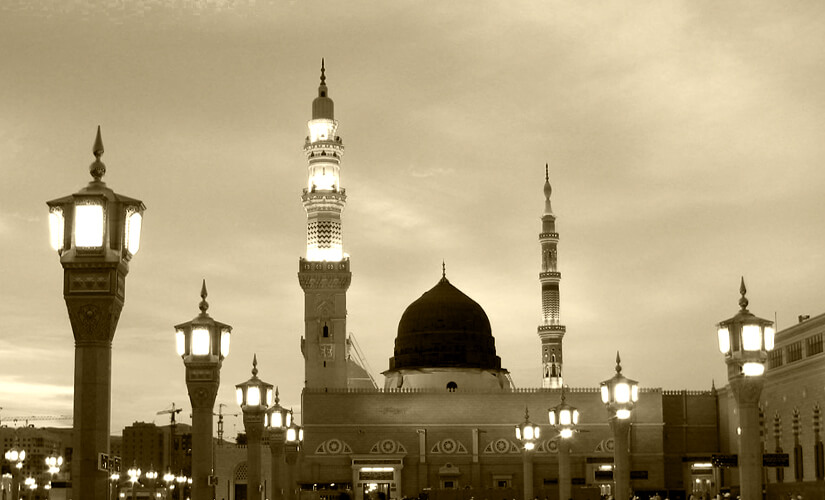 You have learnt that the Sunna consists of the sayings, acts and acknowledgement of the Messenger of God (may God bless him and his Family, and grant them peace). You should be aware that the Sunna is an unrecited revelation [wahy ghayr matlu]. God has said (Exalted is He!), He does not speak from his own desire; it is only an inspired revelation. [53:3] And He has said, He has sent down upon you the Book and the Wisdom, and taught you that which you did not know. The favour of God upon you has ever been great. [4:113] The “Book” is the Qur’an, and the “Wisdom” [hikma] is the Sunna. They were sent down through revelation [wahy] and inspiration [ilham]. The Qur’an stands distinguished [from the hikma] in that its words were revealed by God in their Arabic form.

It is a miracle which humans cannot emulate, for no one can imitate it or compose anything which resembles even the shortest of its Suras: a miracle spanning the ages, protected from changes and interpolations. The Qur’an is possessed of other properties which do not hold good for the Sunna, such as the fact that its mere recitation brings a reward from God, and that it is forbidden to paraphrase it, and that touching or carrying it when in a state of impurity is forbidden. Hadiths, whether Qudsi or not, are not possessed of such properties.

The Sunna is a clarification and explanation of the Qur’an. God has said (Exalted is He!), We have sent the Remembrance down upon you, that you may make clear to mankind that which was sent down to them, in order that they may reflect. [16:44] The Prophet (may God bless him and his Family, and grant them peace) elucidated and explained in detail, in his words, actions, and approval – or otherwise – of other people’s acts, what had been set forth in more general terms in the Book. For example, the number of rak’as in each Salat, their times, conditions, and the sunnas; the threshholds of zakat, and on what kind of assets it is payable; similarly the fast, the rites of the Hajj and ‘Umra, their foundations, conditions, what invalidates them, and many other things.

The Sunna furnishes us with rules which are not mentioned in detail in the Book, concerning transactions, courtesies, moral traits, and virtues which regulate people’s lives. These have been handed down from the Prophet (may God bless him and grant him peace), whom God has commanded us to imitate. God has said (Exalted is He!), In the Messenger of God you have a good example, for those who set their hope in God and the Last Day [33:21] and Say: if you love God, follow me and God will love you. [3:31] The obedient bondsman who follows the example of the Greatest Beloved, (may God bless him and his Family, and grant them peace), becomes beloved by God, by virtue of his love of His beloved.

He saw Layla and shunned all others.
A lover who sees beauty only in her
Has won, and gained a great kingdom
if she sees him in the way he sees her.

God the Exalted has said, Obey God and the Messenger. If you turn away, Our Messenger’s task is only to convey clearly, [64:12] and Whoever obeys the Messenger has obeyed God, [4:80] and Take whatever the Messenger gives you, and refrain from what he has forbidden you. [59:7] What matters in each of these verses is the generality of the instructions, not the particular occasion on which each of them was revealed; therefore every instruction and prohibition which he gave constitutes a general principle.

There are many other verses and many Hadiths in which this is made clear. For instance the Prophet said (may God bless him and his Family, and grant them peace), “The whole of my Umma shall enter the Garden except those who refuse.” Upon being asked, “And who are those who refuse, O Messenger of God?” he said, “Those who obey me shall enter the Garden, and those who disobey me shall have refused.” And God the Exalted has said, No, by your Lord! They shall not be believers until they make you the judge in their disputes, and then find no annoyance within themselves at what you decide, and submit entirely, [4:65] and Let those who conspire to disobey his orders beware lest a trial afflict them, or a painful torment. [24:63]

In His Book, God the Exalted has commanded that the Sunna of His Prophet be followed. This was made a duty and an obligation, and therefore no faith can be sound without it. To deny that the Sunna is to be followed is kufr, because it is a denial of what has been stated in the Qur’an. This is the reason why the Muslims have taken such great care with Hadith, from the days of the Companions until the present. As already mentioned, these were recorded, and transmitted verbally and in writing, and researched in the most profound manner as regards their memorisation, accuracy, recording, and freedom from flaws. Only those whose faith in the one who brought the Sunna was defective would detract from its value or snub it; by so doing they would set themselves outside the consensus, method and doctrine of the Muslims, and would show themselves to be ignorant of Islam, or its blatant enemies.