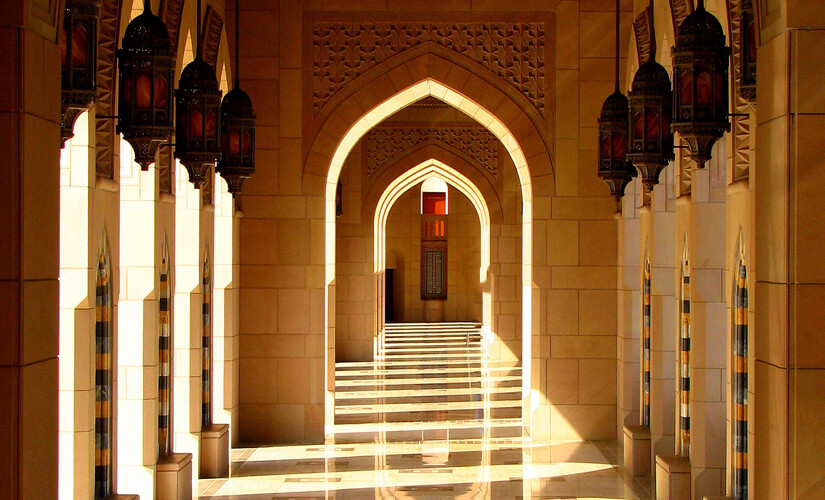 The scholarly Shaykh, ‘Abd al-Rahman al-Khatib Ba-Raja asked him whether the Qutb was the same as the Ghawth, and about the Awtad, the Abdal, and other men of God.

Imam Al-Yafi i (may God’s mercy be upon him) then said:

“The one who resembles the heart of Israfil is the Qutb, the Ghawth. His position and rank among saints is that of the point at the center of the circle; by him the good functioning of the world is sustained.”

According to al-Khidr (may God’s peace be upon him)

“Three hundred are the saints, seventy are the Nujaba’, forty are the Awtad (pillars) of the earth, ten are the Nuqaba’, seven are the ‘Urafa’, three are the chosen ones and one is the Ghawth.”

” There are men among the saints termed Afrad, who are not under the Qutb’s jurisdiction, he may even not be aware of them all.”

That is possible, however, the statements of Shaykh Abdal-Qadir al-Jilani (may God’s mercy be upon him) indicate that the Afrad, as well as other saints, are all, by the will of God, under the Ghawth’s authority. The saints of God are not confined to these numbers. It has been said that in the days of Shaykh ‘Abdal-Qadir (may God’s mercy be upon him) they numbered twelve thousand.

As for the Qutb, the Ghawth, there is one in each time. He is the all comprehending Fard, and is known among the people as the Khalifa (vice-regent) and the Perfect Man. He is also given the titles of Sahib al-Siddiqiyya al-Kubra (Possessor of the Degree of Supreme Veracity) and al-Wilaya al-’Uzma (Greatest Sainthood). Some of his attributes and inner experiences were mentioned by Sayyidi ‘Abdal-Qadir (may God’s mercy be upon him), and these were quoted by al-Yafi i inthe last story of “Kitab al-Salikin” (The book of the Travelers) where they can be found.

Poleship (Qutbaniyya) is Lordship (Siyada); that is why the term Qutb is used analogically for whoever possesses lordship over the men of a particular spiritual station (maqam) or state (hal). There is thus a ‘Pole of the People of Reliance’ (Qutb al-mutawakkilin), ‘Pole of the People of Contentment’ (Qutb al-Radin), and so on. The ‘Possessor of the Degree of Supreme Veracity’ is called al-Qutb al-Ghawth to prevent any confusion arising from such analogical use of the term Qutb.

This should be sufficient explanation on this matter. There are differences among the people (al-Qawm) in their descriptions of the titles and numbers of such men, but these prove, on scrutiny, to be no more than differences in terminology.

To elaborate further would require us to mention the inner states of the men of the “Circle of Sainthood” (Da’irat al-Wilaya), their characteristics, the differences within each rank, and other such things, the knowledge of which belongs by right only to the Qutb, the Ghawth who encompasses all their ranks and whose rank and state comprehend every single one of theirs. As for the other saints, they know about those who are of equal or lesser ranks. They are aware of those above them but have no full knowledge of them.

On the whole, these are questions which can be answered satisfactorily only by contemplation (mushahada) and unveiling (kashf) and whoever desire this should discipline his soul, reduce its density with the kind of arduous effort that annihilates the soul’s frivolity and conquers its passions, and embellish it with constant attentiveness to God the Exalted, courtesy, submissiveness, humility, powerlessness, and poverty in the realization of servitude (‘ubudiyya) and the fulfilling of the rights of Lordship (Rububiyya).

Whenever a servant masters these two basic things, effective discipline and perfect presence, the veil over his heart is rent, then he beholds the “Unseen of his Lord’ and sees the saints, in their rank and holy functions, as pure spirits. He then no longer needs descriptions and rises from the trough of having to follow others to the peak of contemplation.

As for us who are veiled, we have to make do with mere descriptions, in this as in similar matters. However, as long as one does not stop there, these will not be insignificant; for love is their result, and from it longing, then seeking, and he who seeks finds.