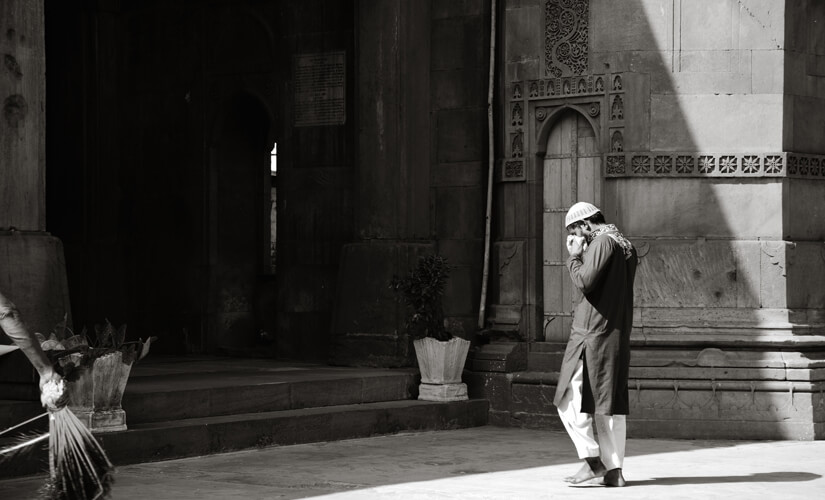 You must be of good counsel to all Muslims. The highest point of this is that you conceal nothing from them which if made known would result in good or preserve from something evil. The Prophet has said, may blessings and peace be upon him: ‘Religion is good counsel.’ Part of this is to support a Muslim in his absence as you would in his presence, and not to give him more verbal signs of affection that you have for him in your heart. It is also part of this that when a Muslim asks you for advice, and you know that the correct course does not lie in that which he is inclined to do, you should tell him so.

The absence of good counsel is indicated by the presence of envy of the favors God has given other Muslims. The origin of such envy is that you find it intolerable that God has granted one of His servants a good thing, whether of religion or of the world. The utmost limit of envy is to wish that he be deprived of it. It has been handed down that ‘envy consumes good deeds just as fire consumes dry wood.’ The envious man is objecting to God’s management of His Dominion, as if he were saying: ‘O Lord! You have put Your favors where they do not belong.’

It is permitted to be envious without rancor, whereby when you see a favor of God bestowed on one of His servants you ask Him, Transcendent is He! To grant you its like. When someone praises you, you must feel dislike for his praises within your heart. If he has praised you for something you truly possess say: ‘Praise belongs to God Who has revealed the good things and concealed the ugly ones.’ And is he praises you for something which you do not possess, say as one of our predecessors has said: ‘O God! Do not call me to account for what they say, forgive me what they do not know, and make me better than they think!’

In your case, do not praise anyone unless you know that your praises will incite him to more good works or unless he is a superior man whose superiority is not well known and you wish to make is so, this being on condition that you are safe from lying and he is safe from conceit. When you wish to give advice to someone regarding any behavior of his that you have come to know about, talk to him privately, be gentle, and do not say explicitly what can be conveyed implicitly.

Should he ask you: ‘Who reported this to you?’ then do not tell him lest you stir up enmity between them. If he accepts [your advice] praise and thank God; if he does not, then blame yourself, and say: ‘O evil soul! It is through you that I was defeated! Think! You may not have fulfilled the conditions and properties of giving advice.’ If you are given something as a trust guard it better than if it were your own. Return that which was entrusted to you and beware of betraying that trust.

‘The signs of a hypocrite are three: when he speak he lies, when he promises he breaks his promise, and when he is trusted he betrays that trust.’ [Hadith] And in another version: ‘and when he makes a commitment he breaches it, and when he quarrels he acts corruptly.’ Be wary of argumentation and wrangling, for they cast rancor into the breasts of men, alienate hearts, and lead to enmity and hatred. If anyone argues against you and has right on his side, accept what he says, for truth must always be followed. If, on the other hand, he is wrong, then leave him, for he is ignorant, and God the Exalted has said: And turn away from the ignorant. [VII:199]

Renounce all joking; if very occasionally you do joke to assuage a Muslim’s heart, then speak only the truth. The Messenger of God, may blessings and peace be upon him, has said: ‘Neither argue with your brother nor quarrel, and do not make a promise and then break it.’ Respect Muslims, especially people of merit such as the scholar, the righteous, the nobleman, and the one whose hair has grayed in Islam. Never frighten or alarm a Muslim; never mock, ridicule, or despise him, for these are part of ominous and blameworthy behavior. The Prophet, may blessings and peace be upon him, has said: ‘It is sufficient evil for a man that he should despise his brother Muslim.’

Be humble, for humility is the attribute of believers. Beware of pride, for God does not like the proud. Those who humble themselves are raised up by God, and those who are proud are abased by Him. The Prophet, may blessings and peace be upon him, has said: ‘The man in whose heart is an atom’s weight of pride will not enter the Garden.’ And: ‘The man who looks at himself with admiration and at others with disdain is proud.’ There are signs which distinguish the humble from the proud; that God may separate the vile from the good. [VIII:37]

Signs of humility include a liking for obscurity, a dislike of fame, to accept truth whether it be from a man of high or low birth, to love the poor, associate with them and keep their company, to fulfill the rights people have upon you as completely as you can, thank those of them who fulfill their duties to you, and excuse those who are remiss. Signs of pride include a liking for sitting in the positions of most dignity when in company or in a public gathering, praising oneself, speaking in a pompous manner, openly displaying haughtiness and arrogance, strutting, neglecting the rights your brothers have upon you while at the same time demanding the rights you have upon them.